Being in a car accident can be devastating, especially when the at-fault driver fled the scene. Drivers may flee to scene of the wreck because they want to avoid the repercussions of their negligent actions. Sometimes, the at-fault driver in a hit-and-run accident was under the influence of alcohol or drugs. If you were injured in a hit-and-run car collision, reach out to our dedicated car wreck attorneys. A skilled Nampa hit-and-run accident lawyer at Skaug Law could fight for your rights and help you recover.

What To Do Following a Hit-And-Run Accident

After being involved in a hit-and-run car collision, you should contact the police immediately. It is best to give the police as much information as possible about the other driver and their vehicle.

It is also critical to seek the necessary medical care following a car accident. Medical treatment is not only crucial for one’s health, but also for their claim. If possible, you should take several photographs of the car accident scene and the vehicle(s).

After this, you should contact a well-established hit-and-run accident lawyer in Nampa. We could help someone involved in hit-and-run accident recover compensation. To do this, we could investigate to find the at-fault driver if the police can not. We could also calculate damages and preserve evidence following your wreck.

A hit-and-run accident is a further aggravation of injury to the injured party. This adds to the damages when the at-fault driver is caught because juries tend to award extra money to those who have suffered due to a motorist fleeing the scene.

Punitive damages may be awarded if the behavior of the at-fault driver was grossly negligent. Punitive damages are in place to punish the liable party for their bad behavior. The jury has the opportunity to punish the at-fault driver because they were so outrageous and reckless in their behavior when they hit the other party. For more information about recovering damages, contact a dedicated attorney at Skaug Law.

When an individual flees the scene of an accident, they are breaking the law and could be held liable in court, if found. If you were involved in a hit-and-run car collision, reach out to our compassionate lawyers at Skaug Law. An experienced Nampa hit-and-run accident lawyer could help you recover damages. Our lawyers can conduct an investigation to help find the liable party when the police can not do so. Call today to schedule your consultation with our team. The sooner you reach out to a legal professional, the sooner you could recover damages following a hit-and-run car crash. 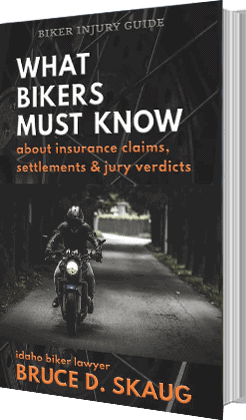