Wilson Pelot: A Cautionary Tale of Knowing When and When Not to Sue - Skaug Law P.C

Wilson Pelot: A Cautionary Tale of Knowing When and When Not to Sue 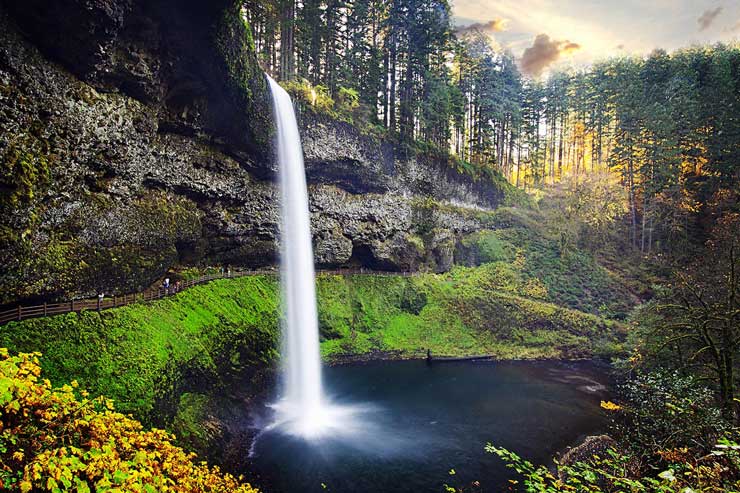 In January of 2014, Wilson Pelot and his dad were hiking in Silver Falls State Park when disaster struck. A railing marked with caution tape broke under 10-year-old Wilson’s weight, and he fell forty feet down a cliff. Spinal fractures and a broken wrist are just some of the injuries he suffered, and for a while, his parents were not sure he would survive. He spent several days in an intensive care unit.

A year later, his dad reports that physically, Wilson is doing great, but he still suffers from mental and emotional scarring.  The Pelots have filed a lawsuit against the State of Oregon for failing to accurately mark hazards and fix the railing promptly.  Park Rangers were aware of the danger of the railing in December, and it was still not remedied by January 19 when the accident occurred.They sued for $875,000  in damages. 75,000 dollars were for medical expenses and $800,000 for the pain and terror the accident caused Wilson.

In response, the State of Oregon filed a countersuit, calling Wilson’s parents “negligent”. State attorneys contended that Wilson’s parents should be solely responsible for damages because they failed to warn their son of clearly marked hazards. The Pelots have ninety days to respond to the State’s lawsuit.

Know before you Sue

When faced with the decision to sue, it is important that you are thoroughly knowledgeable on when and when not to sue, or you may end up in a situation like the Pelots. Skaug Law is home to some Boise lawyers who are here to help and support you.  Don’t let the intimidating legal system keep you from getting the support you need after a traumatic incident when people like those at Skaug Law are here to help.

X
Get Your Case Reviewed Quickly, and for Free